We are honored to be hosting Peiter "Mudge" Zatko and Sarah Zatko as our keynote speakers for AvengerCon VII! The keynote is scheduled as the first presentation of the event on Thursday, 01 December 2022.

Please see below for their biographies! 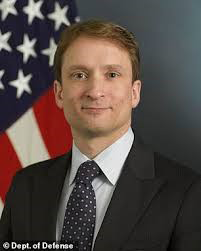 Peiter “Mudge” Zatko is considered one of the pioneers of modern infosec/cybersecurity. He was responsible for early research into the practical use of buffer overflows. He published some of the first security texts and code demonstrating early vulnerabilities such as code injection, side-channel/timing attacks, and information leaks. In addition he has had numerous technical papers published in peer reviewed journals.

Mudge has testified to the US Congress multiple times in addition to having a long history of teaching and lecturing at universities, military academies, and government agencies (IC). He was the initial author of L0phtCrack and a pioneer in early BGP attacks, which he made famous in testimony to the US Senate referencing how to 'take down the Internet in 30 minutes.'

In 2010 he took an appointed position as a Department of Defense official within the Defense Advanced Research Projects Agency (DARPA), where he was responsible for helping reboot how the DoD invested in cybersecurity R&D (and how to quantify aspects of ). Many of his contributions and programs have continued and been adopted throughout different parts of the DoD and IC. For his contributions Mudge was awarded the Medal for Exceptional Public Service; the highest medal that can be bestowed upon a non-career civilian from the Office of the Secretary of Defense. Mudge and Sarah were both inducted into the Order of Thor at the Army Cyber Institute. After his tenure at DARPA he held senior leadership and executive positions at Motorola, Google, Stripe, and Twitter. He and Sarah then co-founded the 501(c)3 organization Cyber-ITL after receiving a call from the White House.

More recently in continuation of his mission to improve the world and perform his civic duties, Mudge followed appropriate legal processes and became a lawful whistleblower. 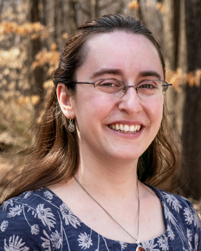 Sarah Zatko has a bachelor’s in Math with Computer Science from MIT and a Master’s in Computer Science from Boston University. She has worked in the computer security field for over a decade for government contractors such as BBN Technologies, The Institute for Defense Analysis (a Federally Funded Research and Development Center), and commercial companies like IBM or L0phtcrack, LLC.

Sarah also has a strong interest in security education and has presented several talks on the subject at Hope, Shmoocon, and West Point. Most recently, Sarah has been working on methods for automated software safety assessment at Cyber ITL, and has presented research and findings from that work at Defcon, BlackHat, and to US lawmakers. She is also currently advising multiple orgs on issues relating to IoT safety and software labeling.